We do lots of DNA, RNA and NGS library normalisations mostly by hand after calculating dilutions in Excel. It works well but is cumbersome and prone to error. We're fortunate to have an Agilent Bravo robot and are now automating more of this with excellent results. The most obvious impact has been on NGS library pooling, below is our most recent run where the variability on all but 9 libraries is pretty much perfect.

However automation is a pain and it would be great if there were a solution for normal labs. We've discussed an idea with pipette companies in the past but no-one appears to offer anything yet so I thought I'd suggest it here as well. If you've seen something on the market please do comment and let me know (Sartorius are almost there with the eLine pipette see link below).

If you like the idea follow up with you favourite pipette rep and lets see if someone can make one!

The background to the idea: normalisation can be done by combining a standard volume of sample with a know volume of water or diluent. Any lab trying to do this manually is almost certainly taking concentration measurements from PicoGreen or qPCR and working out how much water to add to each well of a 96well plate with sample already added.

The idea: We use repeat pipettes for may applications and there do exist programmable versions. Repeat pipettes are great for adding the same volume of a master mix to all wells of a plate and several companies make them. We use the slightly older Eppendorf Stream but Gilson, Sartorius and others exist.

A programmable repeat pipette that can accept a TXT file. The upload of a TXT file after calculating the amount of water to add to each well, and after specifying pipetting across rows or down columns, would allow the user to complete normalisation in as few as 9 pipetting steps: 8x12 channel 5ul transfers from the source plate to a normalisation plate, and 1x automatic repeat pipette dispense. "Simples" as the Meerkat says.
Posted by James@cancer at 12:20 3 comments:

Email ThisBlogThis!Share to TwitterShare to FacebookShare to Pinterest
Labels: "My almost"..., Methods and applications 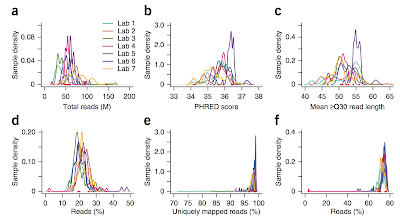 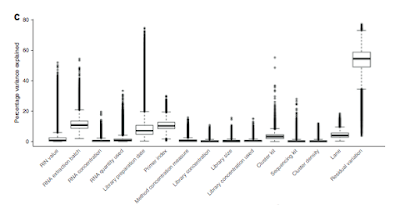