Meet the newest members of the family: MiniSeq & Project Firefly

Jay was busy at JP Morgan. GenomeWeb have excellent coverage of all the big announcements; for me the most interesting is the information about Grail - the new liquid biopsy screening company and I covered that earlier today. In this post I thought I'd give my first impressions of the new sequencer - the MiniSeq, and some

Keith seemed to hit the nail squarely on the head over at OmicsOmics "How to expand presence at the low end of the market?  How about a MiniSeq?  Use the less expensive NextSeq optics and chemistry to build an instrument with smaller capacity (and ideally footprint) than a MiSeq.  NextSeq uses 8 imaging units; could a machine using only one imager find a niche? Could a $50K price point, perhaps selling around cost, be achieved?" Did Keith get a tip off?

Want to know more? Unfortunately the MiniSeq brochure on Illumina's website is currently a blank PDF; the runs on BaseSpace are good with up to 35M reads from the system, but some problems with the end of read 2 in the TruSight Tumour 15 dataset. This is nowhere near as bad as the almost total failure of read 2 on the current long-read MiSeq kits, where your %Q30 may pass spec, but you cannot call a mutation in the middle of your carefully designed 600bp amplicon -think >5-10% error rate at cycle 150!

Run costs of $200 to $300 were announced during the JP Morgan presentation although it is unclear to me at this time if this the all in cost to generate up to 25M reads. This compares very well with MiSeq standard kits - we've all but given up running the MiSeq as a quick QC now the HiSeq is so fast and an SE50bp lane costs less than a MiSeq kit. The library prep could cost you significantly more than the the cost of the run, even at the relatively low price point of $30 per prep!

Who'll buy this box? The MiniSeq will cost $49500 making it affordable for many labs currently using a core facility like mine. Is this a good investment for your lab? Take the time to think about it carefully - 25M reads sounds great, but if you are contemplating a couple of mRNA-seq experiments then NextSeq or HiSeq are going to serve you much better. That $49,000 could buy you multiple lanes on a HiSeq 2500/4000 (maybe 50+ SE50bp each delivering 250M reads+). Pissed off waiting around for your core to deliver and thinking you can do it faster yourself - talk to them before splashing out. Your $49500 could go towards their upgrade buying you much more capacity for the same capital cost.

Illumina's semi-conductor sequencer: I was surprised to hear about this one and was really hoping to find out more about their Nanopore sequencer. If this can deliver a robust point-of-care or field depolyable sequencer then Illumina may be entering a new niche, especially with sequencing taking between 3.5 to 13 hours. Semi-conductors should be more robust outside of a traditional sequencing lab as the optics are gone. One colour SBS may also be more robust that the Ion Torrent chemistry - only time and data will tell.

The details released included a 1.2Gb output (similar to PGM 318 chip - anyone remember those cufflinks), one "colour" SBS and patterned flowcells covering the semi-conductor detectors (hmmm). It also has a digital fluidics library prep module, sounds a lot like NeoPrep!!! But take this away and the machine might cost just $15,000. That is less than a PE150 run on a HiSeq 4000!

Project Firefly will be developed through 2016, expect delivery around the same time as the Proton PII chip is actually launched. 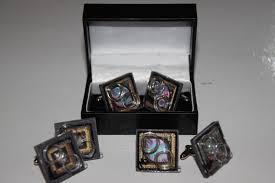