Illumina recently released a new version of HCS v2.2.38 for the HiSeq. The update improves cluster definition significantly and enables low-diversity sequencing. It’s a great update and one that’s making a big impact on a couple of projects here. 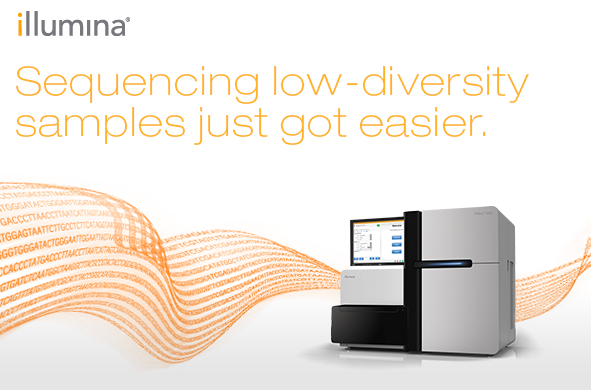 Better RRBS: the current RRBS protocols require a very strange HiSeq protocol involving an initial template read with four dark cycles that is thrown away before analysis can begin. The template read is required due to the RRBS libraries all starting with the same sequence, making cluster definition very difficult without low-density or lots of PhiX. Both of these reduce the yield from each RRBS lane.  The template reads moves cluster definiation into the higher-complexity region of the reads. After the template read a second “read 1” is performed so the RRBS bases can be sequenced to generate the methylation data.

We’ve run RRBS libraries on an early version of the new HCS and it made a world of difference. So far we’ve only run two lanes with different levels of PhiX (25% and 50%) and both look great (we’ll be aiming to test down to 1% soon). This makes RRBS a standard protocol for us now and we can move it over to HiSeq 2500. Running RRBS on V4 chemistry without low-density or lots of PhiX means we should almost treble RRBS yields.

Better amplicons: Although we’ve not run any very low diversity amplicons on our 2500’s we have seen great results on the MiSeq with zero diversity libraries. These all have the same 21 bases at the start of each read, but the sequencing was fine.

All in all this is a relatively simple software upgrade (I don’t know how simple it was to build) and makes a real difference to the libraries we can struggle with in the lab. Hopefully we’ll see similar improvements in results from other enzymatic library preps, AT- or GC-rich genomes, and protocols like AFLP-mapping that also generate low-diversity in the first few bases. Anything that makes sequencing easier is a good thing from my perspective.
Posted by James@cancer at 14:36