New sequencers from BGI: are they going to take market share from Illumina et al

Everyone knows BGI bought Complete Genomics last year. What is less clear is what BGI's plans are for Complete's platform (a little more at the bottom of this thread). There has also been a bit of buzz about seqeuncers being developed by the genomics institute actually in Beijing. Two recent articles on Chemistry World and Firecebiotechit discuss a newly developed sequencer coming out of the Beijing Institute of Genomics. It may even be in the hands of alpha testers now but my lab is not one of them - BIG: feel free to get in touch!

The BIGIS-4 instrument is basically a 454 sequencer with similar characteristics. The articles claim it will be cheaper to buy and run than comparable machines (not difficult if comparing to the expensive 454). But will need to compete against Illumina, Ion, PacBio and now ONT. Yu Jun (BIG project lead and co-founder of BGI) was quoted as saying that the Chinese are spending £192M per year on NGS. So there must be a real pressure to develop a cheaper machine than HiSeq 2000, but of course BGI's purchase of Complete Genomics and development of the Omega system is a more likely rival than the BIGIS-4 as described.

The articles reference a paper that made a little splash back in 2011 and the 1st author LiNa Yuan now has 3 manuscripts describing the use of BIGS-4 or 454 technology. The 2011 paper: A complete genome assembly of Glaciecola mesophila sp. nov. sequenced by using BIGIS-4 sequencer system describes the new pyrosequencer, its not easy to indentify how similar the system is to the machines available from Roche but the methods reference 454. It appears to have four sequencing chambers and one of these generated over 150,000 reads (mean/median 406/442bp) with 99.5% accuracy and similar homopolymer issues to 454 or Ion Torrent, in the paper. They reported the genome sequence of Glaciecola mesophilagenome assembled it into 157 contigs (N50 61Kb). They also claim the ability to sequence over 560 million bases per run.
Paper also available at: SCIENCE CHINA - Life Sciences. 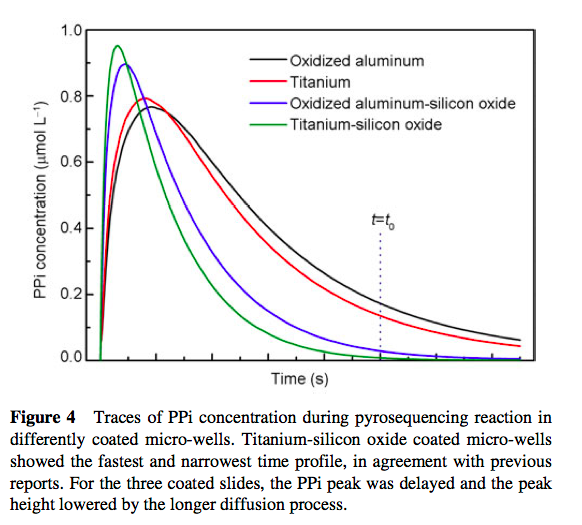 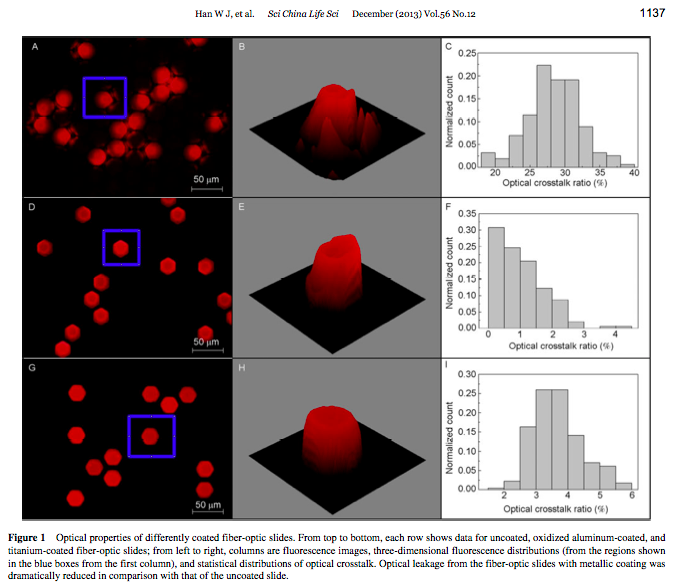 The technology does appear to be under active development. A more recent paper from Dec 2013: Improved picoliter-sized micro-reactors for high-throughput biological analysis describes a ten-fold reduction in optical cross-talk and lower chemical retention which according to the paper both "adversely affect the accuracy of chemiluminescence determination, and ultimately decrease the read length and the accuracy of pyrosequencing". The reaction kinetics of pyrophosphate incorporation were also significantly improved over standard methods but crucially the paper does not report longer median read-lengths or improved homopolymer rates.
Paper also available at: SCIENCE CHINA - Life Sciences.

Another paper by Yuan in March 2013 uses 454 rather than BIGIS-4 so it is not clear if the system is good enough for general use: Complete genome sequence of methicillin-sensitive Staphylococcus aureus containing a heterogeneic staphylococcal cassette chromosome element.

What about Complete Genomics: An improved 454 sequencer is never going to compete with Illumina, and might struggle against PacBio and Oxford Nanopore in the next year or two. The expectation is that BGI will release an improved version of the CGI technology that can compete for WGS with Illumina X Ten, or at least with HiSeq 2500 1TB. Whether this is actually possible is difficult to second guess. I've heard about the Omega system from a couple of different sources now but don't have any real details.

Knocking Illumina off their perch is going to be tough but if a system can generate 100,000's of genomes at a competitive cost then it is going to be taken seriously by potential X Ten custoerms. However if X Ten's were available to order singly, CGI would find it harder to compete.

PS: Omega is an interesting choice for the instruments name, I wonder what version 2 will be called?