Illumina are probably going to announce their latest sequencer today and Core Genomics was heard about it before anyone else...MiSeq X. Similar in name to the HiSeq X Ten the MiSeq X borrows many of the improvements seen in it's big brother including new optics, improved chemistry and a stand-alone server for data analysis allowing upload to BaseSpace. There are fewer restrictions about what we can do on MiSeq X, and the "only Human" has gone. 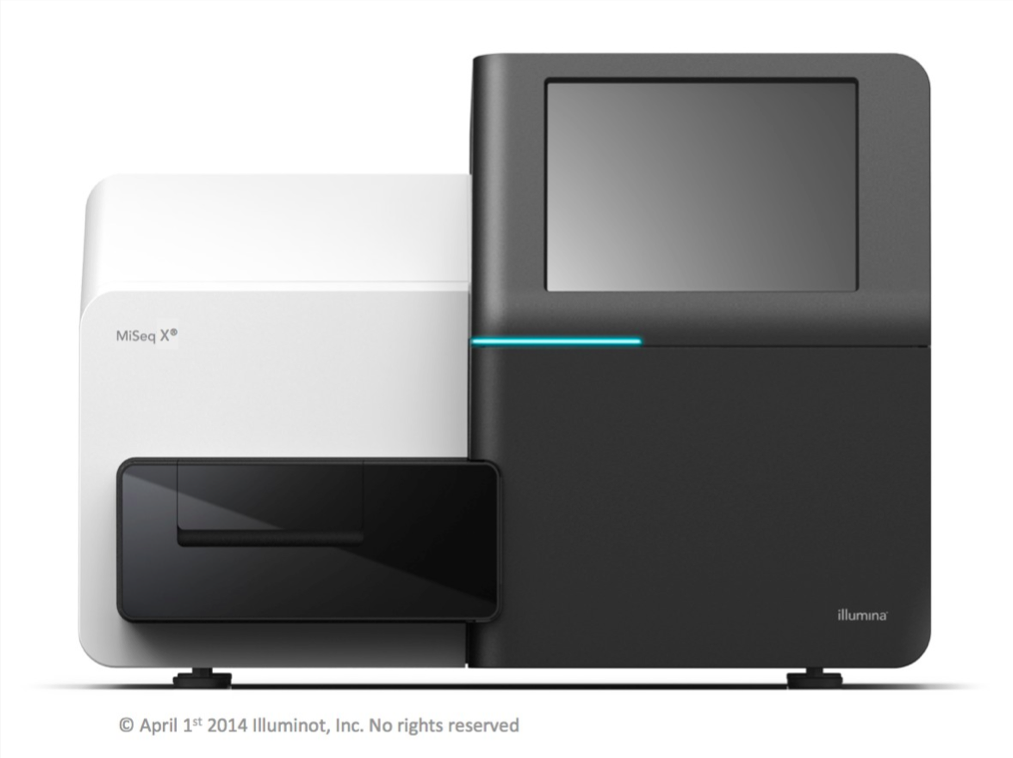 What does this mean for HiSeq 2500: It's pretty cool to have a MiSeq that can generate as much data per lane as a HiSeq rapid run, and this creates an interesting problem for potential HiSeq owners. The new MiSeq X uses the same patterned flowcell, chemistry and software advances as the HiSeq X Ten, wrapped up in the form factor of the desktop MiSeq. With the 2x400bp coming by Christmas and assuming the MiSeq X uses all the space in its lane we could get up to 300-400M reads and well over 100Gb per run.

Who's buying MiSeq X: The usual suspects have their machines installed and running; an off the record quote from the Broad said "we got their first, we usually do", and the Sanger said "our history with Illumina means we're usually second, but that's so much better than being last". This is going to be the machine for every other lab outside of the Sanger, Broad and the New York Genome centre (who essentially do everything the Broad does anyway) in their "big-boy" HiSeq X Ten club. Even the BGI are buying these "little-boys".

GenomeWeb contacted both Thermo Scientific (LifeTech) and Complete Genomics for their perspectives: